Over the last several months I have been writing a lot of essays for school about a lot of different things, and this one is about one of my favorite DC super heroes: Wonder Woman.

Since the movie Wonder Woman (2017) came out, some people have been criticizing it. One of the main debates is over whether or not Wonder Woman is a good representation of a female hero or role model. This debate has been going on for a while, but the release of the movie gave an opportunity for people to be more vocal. If you look deep enough, the real question behind the debate is what should a female hero be to begin with. A hero can be defined as a person admired for noble qualities. Someone once told me that we create heroes we want to become. To me, Wonder Woman represents power, grace, and wisdom. 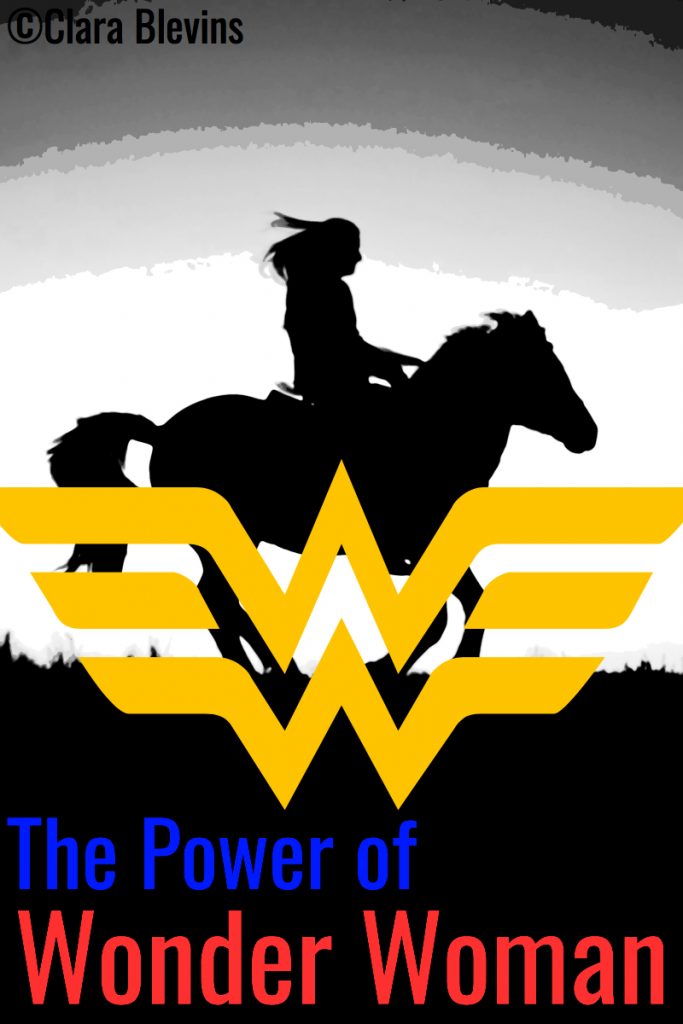 There are two types of power I want to focus on: physical power and emotional strength. One of the most consistent features across many variations of Wonder Woman is her physical strength. Many say that this is one of the most important of her abilities because it allows her to be on the same level as Superman. Nevertheless, I believe that her emotional strength is even more important than her physical strength. Wonder Woman chooses to see the good in people even when others refuse to. In the movie there is a good example of this when she comes to the realization of how dark humanity can be and yet she still chooses to protect them, to believe they can be better. However, because of this tendency and her often overplayed misunderstanding of the human world, some have argued that Wonder Woman is naïve and is therefore not a good role model. I will admit that are times when Wonder Woman is impressionable, especially early on in her experience of man’s world. However, I still believe that she is a good role model. It takes strength to know someone’s darkness and still empathize with and love her despite of it. In the movie, Wonder Woman doesn’t always understand what is going on, but she always does what she knows is right and protects the people that her companions look down on. This represents the kind of strength I can truly admire and strive for.

Wonder Woman is graceful. Not only in her dealings with others, but physically as well. The movie’s fighting scenes showed the graceful symmetry of her combat skills. However, there is a second form of physical grace in play here. Wonder Woman is beautiful. This is the topic of some of hottest debates about Wonder Woman. There are two extreme sides of these arguments: those who believe the sexist portrayals of Wonder Woman are empowering to women, and those who believe that they are the very reason she is not a good role model. To be honest, I agree with my mother and many others that there are many versions of Wonder Woman that are not good role models especially for this reason. However, I feel that the 2017 movie’s version does not fall into that category. Except for the movie’s combat scenes, Wonder Woman has either her mantle over her armor or one of her other outfits that she wears throughout the movie.

Wonder Woman is experienced and has a vast knowledge of both her own world and ours. I would define wisdom as having the experience and knowledge needed to make Godly choices. Throughout her life, Wonder Woman tries to understand more about the world around her, whether it is Themyscira or London. In the movie, Wonder Woman is faced with a rush of information and ideas as she plunges into the end of World War I. Throughout the movie she strives to learn and understand, though her companions don’t always feel like explaining. This is one of the main reasons she is a good role model. Wonder Woman has a love for learning new things. Today, most kids are tired of learning before they leave high school, let alone when they are over a hundred years old. There is no better time for a role model who is always healthily curious about the world around her, no matter how much knowledge she already has.

Our heroes reflect who we want to become or who we wish we were. One of my heroes is Wonder Woman, who represents the kind of power, grace, and wisdom I want to have someday. She has the power to believe in others and look beyond what she can see. Wonder Woman is graceful and elegant. Finally, she also has the experience and wisdom of someone who loves to learn. All of these things make Wonder Woman who she is. What is amazing to me is the impact Wonder Woman, a fictional female superhero, can have on a person. If her story can help someone get through their hard times, than that is the true meaning of being a hero. That is the power of Wonder Woman.