Ibris Rau woke slowly, waves of pain steadily attempting to push him back into unconsciousness. Someone nearby was sobbing and murmuring in a language he didn’t recognize, but as his spells of brief consciousness grew in length he could tell that whoever it was doing their best to bandage him up. Opening his eyes he saw the most beautiful Twilek he had ever seen leaning over him, and only then did he remember the slavers and his blinding rage. The Twilek’s compassion and spirit had reminded him of his dead sister, the Countess of House Rau and the slavers who had taken her and his clan from him.

“What is it, niece?” Ibris Rau inquired noting the troubled look that came over Acacia’s face as she read the General’s latest transmission.

“He says he needs to speak to me. The Jedi Council is looking for Acacia Rau.” Acacia replied distractedly as she studied her father’s message closely for a moment. “He doesn’t mention bringing anyone else with him, but at several points he says we instead of I. And I don’t think that it is an encoding or translation mistake.”

“So, what do you want to do, Phantom Leader?” Umari Rau asked from the open doorway.

“You should takeover Phantom? I am sure. Your uncle and I aren’t getting any younger, you know. And the commanders respect your leadership. Your uncles have trained you well.” Umari answered, sitting on one of the meditation pads across from Acacia’s couch.

“I know. What would you suggest I do? I can’t meet him in a neutral location like I normally would.” Acacia responded, waving a hand at her medically induced prison.

“Perhaps not, but I can.” Ibris offered, resting one hand on his double-bladed lightsaber.

Ibris Rau watched as Obi Wan Kenobi weaved his way through the crowd. The Jedi knew how to hide in the crowd, but he could not hide in the Force. His presence felt like a burning sun. Another moment passed and Kenobi was by his side, and the two moved to the opening of a nearby alleyway.

“How is she, Master Rau?” He inquired, suppressing his worries and surprise.

“Regaining her strength. Impatient for the time when she can once again operate in the field. Your visit will be good for her, I think, especially since she has been looking forward to it. If your friends will join us, we can head for her villa.” Ibris Rau answered cheerfully with a sly smile.

Obi Wan Kenobi’s surprise was only visible on his face for a second, but it was there nevertheless.

Upon arriving at the villa, Ibris offered to show Anakin and Ahsoka around the compound while Obi Wan had a private interview with Acacia.

Sitting in a similar position to that she had been in when Bail Organa had made his surprise visit a few weeks before, Acacia was studying the contents of a data pad when the door opened to allow Obi Wan through. Looking up, Acacia immediately dropped her data pad and dashed across the room.

“Papa!” Acacia cried as she embraced him. Taken off guard by her display of affection and her mobility, it took a moment for Obi Wan to return her embrace. Stepping back, she looked up at him with a questioning expression.

“You are stronger than I dared to hope, little one. How much longer does your healer suggest you stay here?”

“A couple more weeks until I can do anything stressful, but I can travel anytime I want to. Your message said that the council looking for me?”

“They want to reinstate you into the order as my padawan.” Obi Wan informed her, after a seconds hesitation.

“Have you told them?”

“No, though I believe they suspect something.”

“What happens when they realize I’m your daughter?”

“I don’t know, but that is something I am going to have to face eventually whether you join the order or not.”

“Its just that my existence. . . It challenges several of their core beliefs. I don’t want to cause a rift in the order, its to crucial to the balance of the galaxy. The Clone War is taxing them as it is.”

Obi Wan nodded his acknowledgment. He was silent for a moment before he spoke again, choosing his next words carefully. “Perhaps a challenge is exactly what they need to grow stronger and survive the war.”

Turning away from him, Acacia walked to the open doors on the otherside of the room, her body language and sense communicating the inner battle she was fighting.

“I will discuss the matter with the Jedi Council when I come to Coruscant next week.” Acacia said quietly, but firmly.

Anakin studied the older man that had brought them here. Silver hair pulled back into a loose ponytail, and a equally loosely maintained beard put together with his outfit reminded Anakin of characters from his childhood. Yet there was a sense of dignity, that, combined with the double bladed lightsaber at his side, hinted at the illusion of Ibris Rau’s appearance.

“How is it you carry a lightsaber? I remember you from Teilos, but. . .”

“I was a Jedi like you a long time ago. But, I lost my way when my sister and clan were brutally massacred by a group of mercenary slavers. When I came to my senses, the Order had already declared me dead removing any chance of returning to my old life. So I started a new one with my wife.”

Just then two pairs of  feet could be heard running down a hall that opened onto the main courtyard they were in.

“Papa!” two voices cried out as a young Twilek girl and her blue-skinned twin brother rounded the corner at a full run. Both looked to about Ahsoka’s age, with the little tell-tale signs of mixed heritage only clear to a keen observer. Embracing both his children, Ibris Rau

“Aria, Tenaka, have you been giving Atari trouble?”

“Not on purpose, Sir.” Tenaka answered respectfully, a look of concentration coming over his face.

“Of course not, why would you ask that Papa?” Aria objected passionately.

In answer, Ibris merely raised his eyes questioningly to meet that of the Togruta healer who had emerged from the hallway that had produced the twins a moment since.

“They have been very good and learned their lessons well, Master. It is not their behavior that has me worried.” Atari replied with a gentle smile at the two teens.

“That is good to hear, Atari. Aria, Tenaka, would you show Padawan Ahsoka to the guest quarters be her hosts until supper? I have a training session for the adult team to oversee.”

“Yes Sir!” They answered in unison.

“Come on Ahsoka, after we drop off your stuff we can show you our garden!” Aria added enthusically.

“And our training room!” Insisted Tenaka, grabbing up the bag Obi Wan had left behind.

Glancing up at her master for confirmation, Ahsoka received a nod. Feeling a bit out of place, Ahsoka obediently followed the two Twilek’s, who were taking turns telling facts about the architecture and history of the compound.

“What is it Atari?” Ibris asked quietly once they were out of earshot.

“Acacia, what else. She’s pushing herself to hard in training. I tried to get her to back off yesterday, but she won’t listen to me. She is so. . .”

“Mandalorian?” Ibris offered with an amused smile that looked awfully familiar to Anakin.

“I was going to stay stubborn, but Mandalorian works to.” Atari replied rolling her eyes and turning towards a nearby door.

“She is her parent’s daughter, Atari.”

“Stubbornness does run in the family.” Laughed Umari as she took her husband’s arm, joining them at that moment. Ibris gave a his wife a flirtatious who-me look and whispered something in her ear as they walked through the doorway.

The doorway opened into an outdoor courtyard that was equipped as a training arena. On the one of the four square training mats was Acacia and Obi Wan Kenobi. Acacia was explaining a hand-to-hand combat technique her uncle had been teaching her, while demonstrating it to her father.

“Watch your foot work, Cia.” ordered Ibris, “Cole and Chen, Ziva and Atari, and Jahor take the other three squares and practice no weapon against weapon defense. General Skywalker, if you would like to join us, you can join Jahor. Umari, love, would you prepare the simulation for a level 4 mission please?”

“Mother, I talked to father and. . .” Acacia hesitated for a moment. “The Jedi Council wants to reinstate me to the Order.”

“What did you tell him, dear one?” Satine asked, her concern for her daughter clearer in her voice than her expression.

“I promised to meet him on Coruscant as soon as Atari clears me for combat.” Acacia replied, giving her mother an understanding look. “It is going to be strange to be a Jedi padawan all over again. Are you upset?” she said added after a moments silence.

“No, dearest, just worried. For one thing, you will get to see your father more. And for another, The Republic needs you.  Just promise me you will be careful and listen to your father’s wisdom.” Satine said, her holo-image flickering slightly with interference.

“I will Mother, I promise.” Acacia promised, a tear in her eye and a knot in her throat. 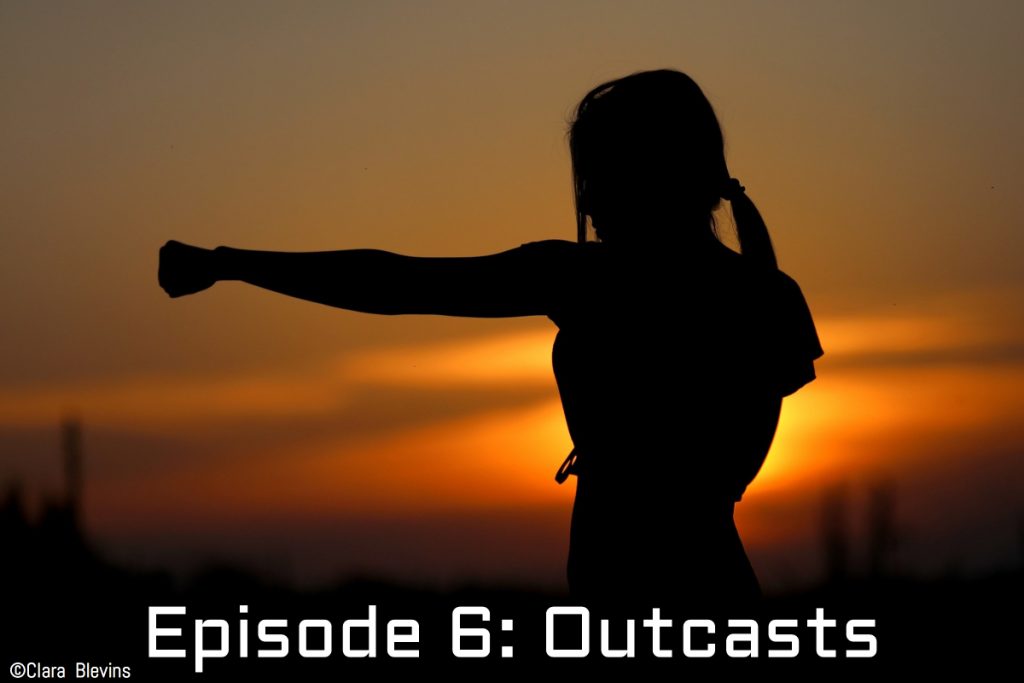 After talking to he mother for a few more moments, Acacia wandered into the training courtyard. Almost everyone else in the compound was asleep. She could sense Ibris in deep meditation and could feel the tension of the patrolling guards. Taking a deep breath, Acacia let all the tension of the day flow out of her. Focusing on the sleeping sense of her father, Acacia sunk into the Force and went through her meditation form. As the the eddies of the Force flowed through her, she felt the sting of a familiar pain. As if a star was burning behind her eyes. It was a pain she had been feeling ever since her encounter with Maul. But this time it wasn’t her own pain she was feeling.

The Phantom Jedi is a Star Wars Fan Fiction. 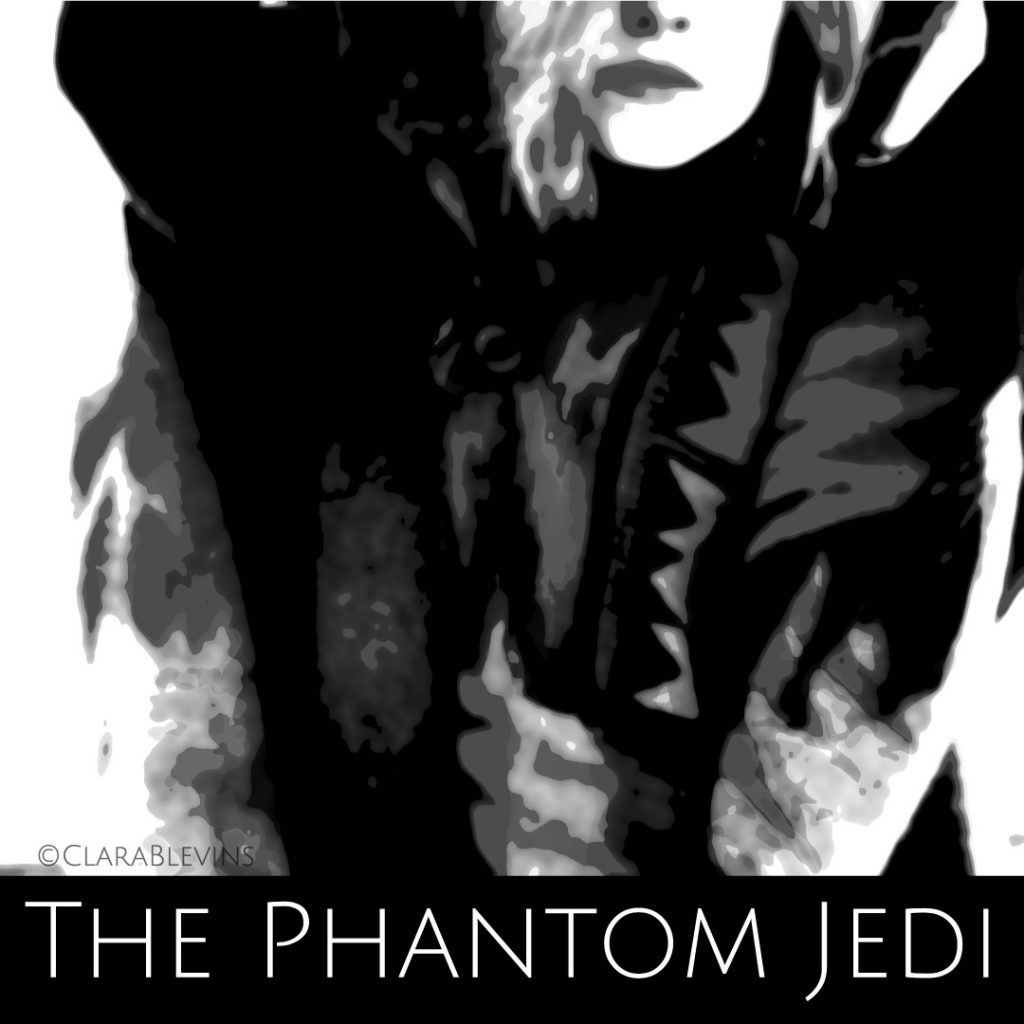